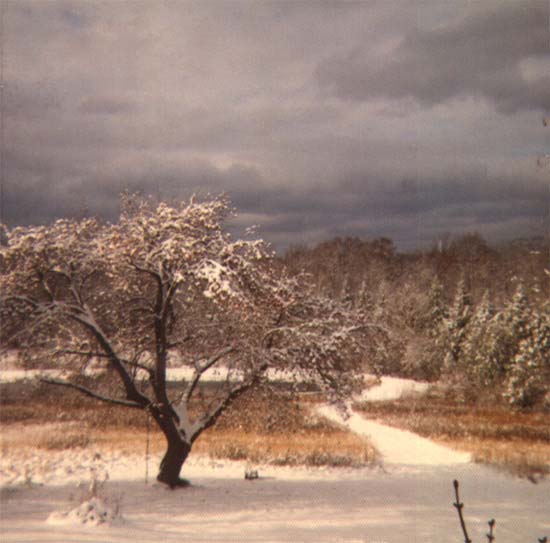 I haven’t been saying much lately here, but I am writing and blogging a lot elsewhere.

Catch me 6 days a week on my photoblog Michigan in Pictures where I post photos and words about Michigan.  The blog is almost 8 years old and probably my favorite web project ever – I learn something new every week.

With my love Laura I started eatdrinkTC, a guide to the culinary culture of Traverse City, Michigan. It’s a ton of fun to work on and lets us share our love of good food and drink and the wonderful people in our town who make that happen. I even got to interview one of my very favorite food writers, Michael Ruhlman.

Let me know what you think (about anything) at these places or in the comments.

The photo was taken by my father of the apple tree in the back yard of the house I grew up in. 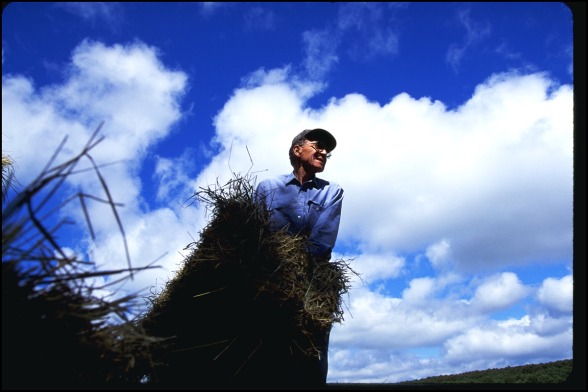 I just finished up the new website for the Rex Dobson Ruby Ellen Farm Foundation. It’s a 160-acre farm on the Leelanau Peninsula that was preserved in perpetuity by owner Rex Dobson. Rex was certainly an anomaly : a single farmer who was successful in what is definitely a family dominated field. What’s more, he was one of the pioneers of farmland preservation and collected a TON of farming artifacts.

One of the coolest things about the project is that I was able to bring back to the internet a video produced by my childhood friend and bad-ass photographer Carl Ganter (now the mastermind of Circle of Blue) called With These Hands. Rex had a starring role – enjoy! 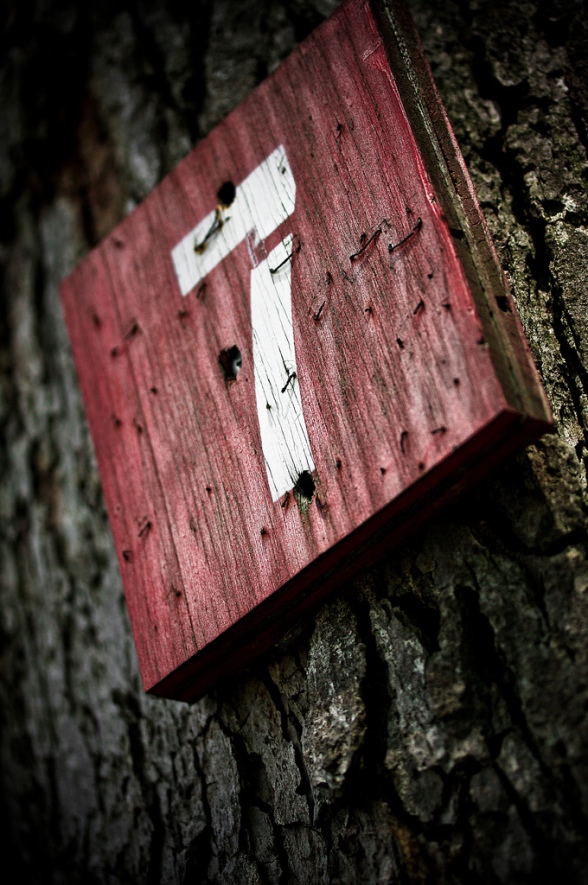 My main blog is Michigan in Pictures, and today is its 7th anniversary.

It’s the longest continually running internet project I’ve ever been involved with and I’m pretty proud of my work on it.

The photo is deadly by Terry Johnston, a regular Michigan in Pictures contributor!

I just stumbled across this video of Greensky Bluegrass live at the Wonder Ballroom in Portland, Oregon playing a beautiful version of Ghost Bowl with my good friends May Erlewine & Seth Bernard (who wrote the song).

I absolutely love this song, and I’m pretty sure this could be the state anthem of Michigan.  It’s a real treat as they roll into Jambalaya which does a great job of showcasing May.

Jeff Masters of Michigan-based Weather Underground is hands-down writing some of the best articles on the March Madness that we probably should be paying the most attention to, what he calls Summer in March:

A spring heat wave like no other in U.S. and Canadian history peaked in intensity yesterday, during its tenth day. Since record keeping began in the late 1800s, there have never been so many temperature records broken for spring warmth in a one-week period–and the margins by which some of the records were broken yesterday were truly astonishing. Wunderground’s weather historian, Christopher C. Burt, commented to me yesterday, “it’s almost like science fiction at this point.” A few of the more remarkable records from yesterday:

Pellston, MI: record high broken by 32°F
Pellston, Michigan in the Northern Lower Peninsula is called “Michigan’s Icebox”, since it frequently records the coldest temperatures in the state, and in the entire nation. But the past five days, Pellston has set five consecutive records for hottest March day. Yesterday’s 85° reading broke the previous record for the date (53° in 2007) by a ridiculous 32°, and was an absurd 48°F above average.

Read on for much more including Canadian cities breaking all-time records for March and April. Also definitely see his thoughts on the statistical likelihood of breaking 100+ year-old record highs this many days in a row. Hint: the answer sounds a lot like “climate change.”

The photo is Bud Fun by LadyDragonflyCC. She’s got some great stuff.

Backstage Pass is a cool show that WKAR in Lansing produces. A great way to see a band and I just found some of my favorites – Samuel Seth Bernard and May Erlewine aka Seth & May. They’re joined by Mike Shimmin and the un-related duo from Steppin’ in It Dominick John Davis and Joshua Davis. Speaking of all of them, here’s a chance to win some free music through a new feature on Absolute Michigan called The Daily Michigan…

farlane.blog
Create a free website or blog at WordPress.com.